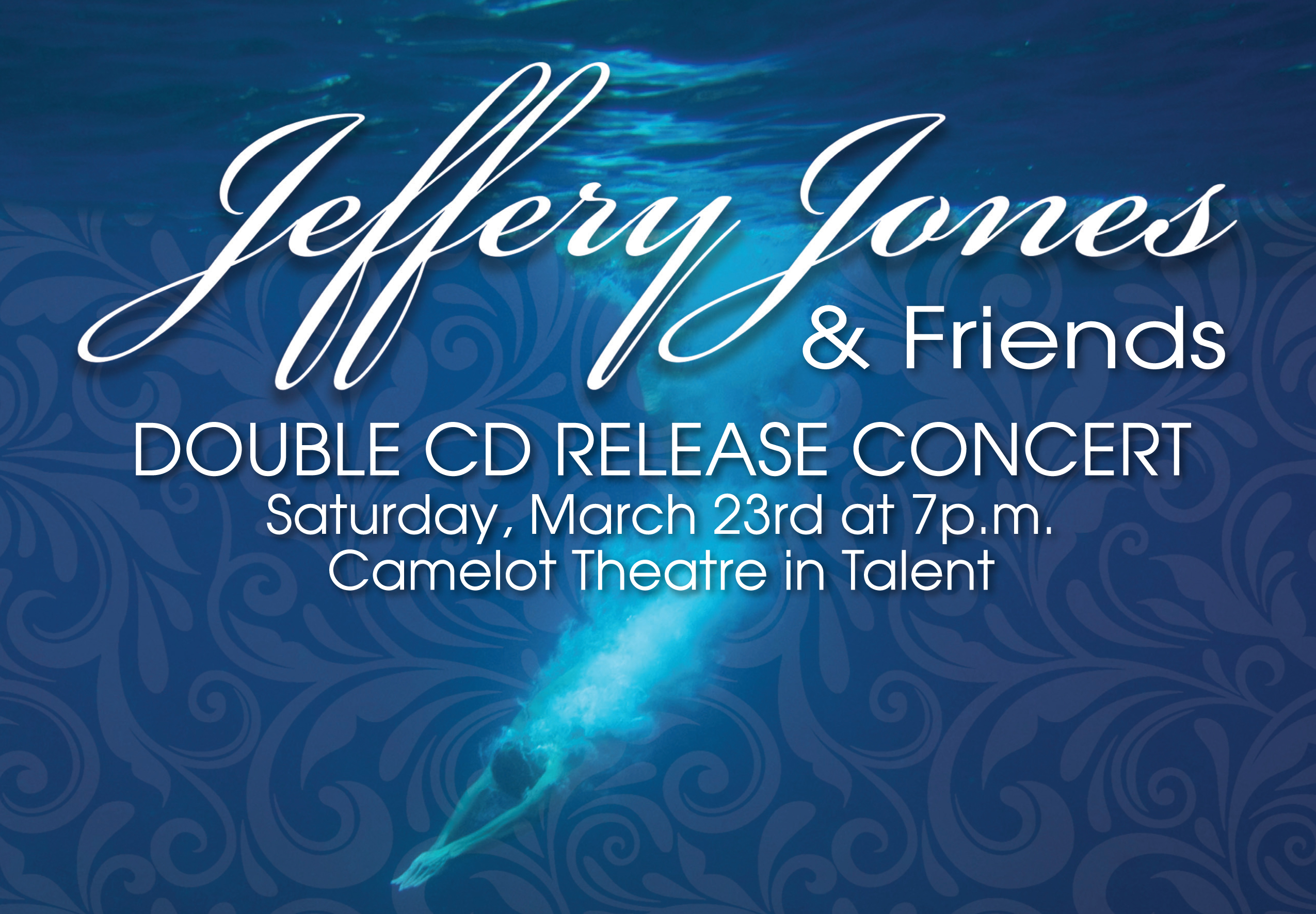 For the past three decades Jeffery Jones, singer, song-writer, and founding member of Foxfire, Siskiyou Summit, 33 String Drive and Generation Jones has been a mainstay of Bluegrass and folk music in the Rogue Valley. On Saturday, March 23rd at 7p.m., Jeffery and his friends will perform a double CD Release concert of his original songs. Jeffery produced two CDs in 2018; one with his Bluegrass band 33 String Drive and one solo CD, “Wash My Body Down.”

Along with Jones, the concert will feature all the friends and family members who performed on the two CDs. The list includes notable Southern Oregon musicians; Crystal Reeves on fiddle and mandolin, Bob Evoniuk on Dobro, Sam Cuenca on bass, Glenn Freese on guitar, Rick Nelson on banjo, Jeffery’s son Julian Jones on fiddle, and daughter Natalie PaulsonJones on vocals, Mark Reaves on harmonica, Bret Levick on guitar, Lily McCabe on fiddle, Peter Korella on bass and Tom Freeman on percussion. Most of the songs performed at the concert will be Jeffery’s original music, but will also feature songs by some of his friends. 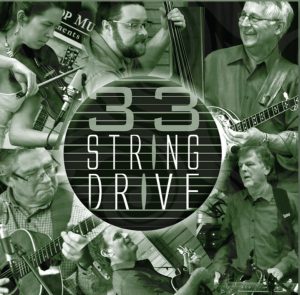 The 33 String Drive six-song EP was released in August, 2018. It includes “The Farmer” about those noble folks who work the soil, “I Adore You” a Bluegrass-reggae love song, “Bad, Bad, News” a blues lament about...you guessed it, “Just Give Me A Good Way Out” a humorous song inspired by a dear-old curmudgeon friend’s “end of life” comments and more. All the songs were arranged by 33 String Drive and feature the band’s musical virtuosity. 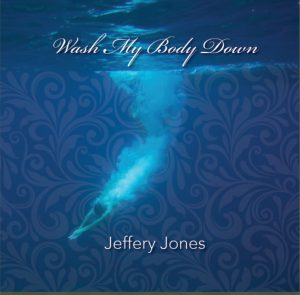 Jeffery’s CD “Wash My Body Down” was released in November, 2018. This includes historical ballads, “Ghost of  Tunnel 13” the story of the 1923 train robbery from the Ghost’s perspective and “Willard Jones’s Letter” a song based on a letter written by Jeffery’s Great, Great, Great Grandfather while he served in the Union army during the Civil War.  The song “Pretty Flowers” is a sad love letter from the Frankenstein monster to the little girl who gave him a flower and “Antiques As You Like It” is dedicated to Jeffery’s Mother-In-Law, Sarah Berman, who passed away last year. The title track, “Wash My Body Down,” was co-written with Bret Levick, L.A. music producer and leader of the local rock band LEFT. “Whenever I write a song that I think is special, I send it to Bret. He’s got a great ear! He liked this one enough to add some lyrics and a vocal riff and then submit it to an LA publishing company,” says Jones. Bret will perform the song with Jeffery at the concert. There are also love songs and Bluegrass songs and one sweet little song for kids on the CD.

The multi-media concert will take place in the comfortable, state-of-the-art Camelot Theatre, at the corner of Talent Ave. and Main Street in Talent. Doors will open at 6:30p.m. and the concert will begin at 7p.m. For more information call 541-488-0178.