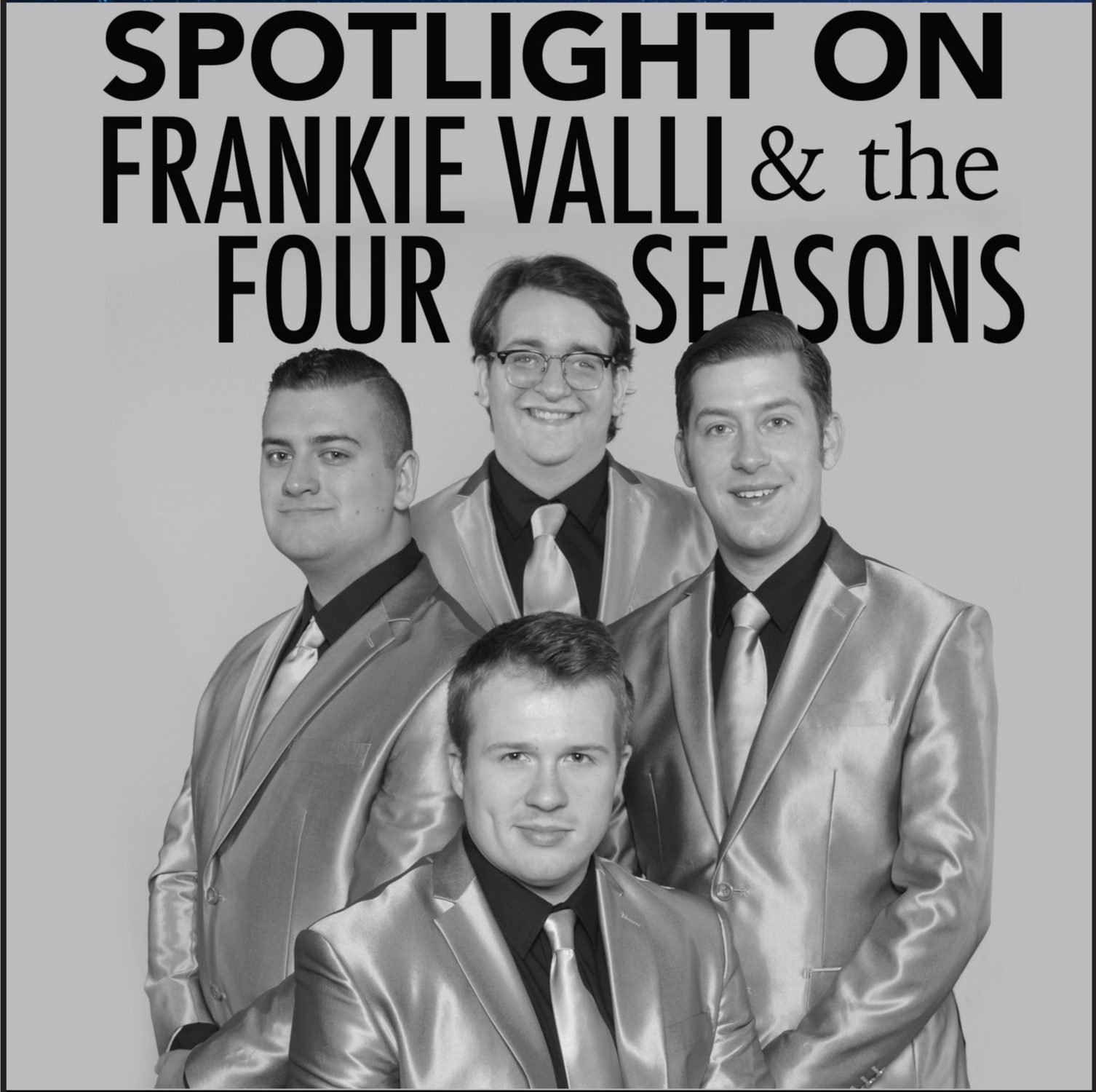 The Four Seasons is an American rock and pop band that became internationally successful in the 1960s and 1970s. Since 1970, they became known as Frankie Valli and the Four Seasons. They were one of only two American bands (the other being the Beach Boys) to enjoy major chart success before, during, and after the British Invasion. The band was inducted into the Rock and Roll Hall of Fame in 1990, and joined the Vocal Group Hall of Fame in 1999. They are one of the best-selling musical groups of all time, having sold an estimated 100 million records worldwide. Camelot pays tribute to this iconic band with its Spotlight Orchestra playing hits including, “Sherry,” “Walk Like A Man,” “Dawn,“ “Big Girls Don’t Cry,” “Rag Doll,” and “Bye, Bye Baby (Baby Goodbye).”