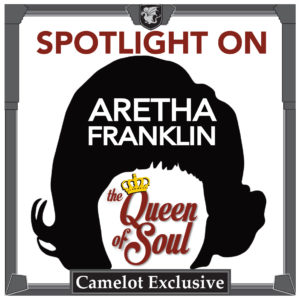 Aretha Franklin was an American singer, songwriter, pianist, and civil rights activist. Franklin began her career as a child singing gospel, and at 18 embarked on a secular musical career. She later found acclaim and commercial success with hit songs such as “Respect,” “Chain of Fools,” “Think,” “(You Make Me Feel Like) A Natural Woman,” “I Never Loved a Man (The Way I Love You),” and “I Say a Little Prayer,” which propelled her past her musical peers. By the end of the 1960s, Aretha Franklin had come to be known as “The Queen of Soul.”

Camelot Theatre introduces Whitney Reed in this stirring tribute to an American legend.