SPOTLIGHT ON THE MAMAS & THE PAPAS 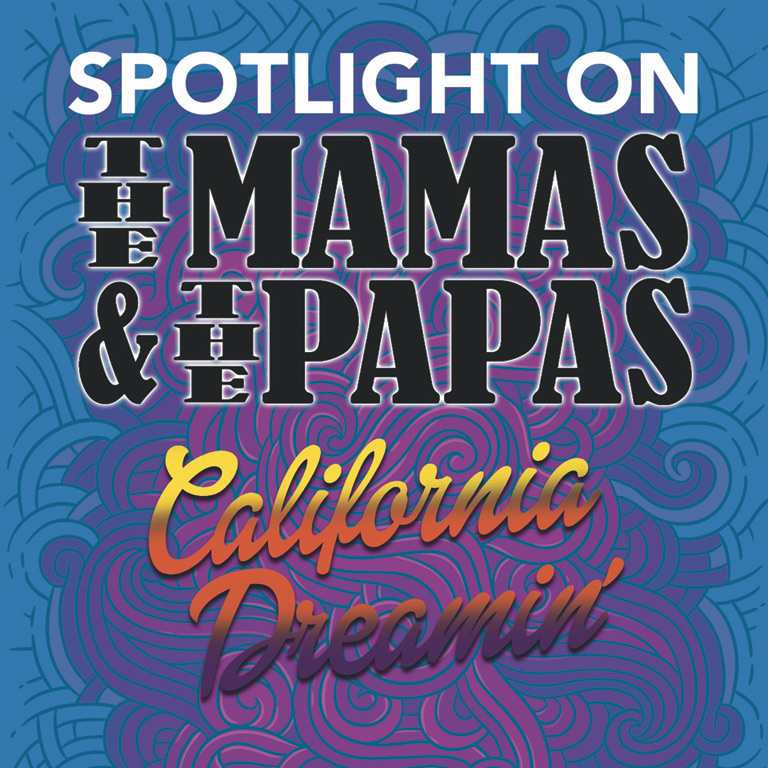 Founded in 1965, The Mamas and the Papas were a Canadian-American folk rock vocal group that was a defining force in the music scene of the 1960s counterculture. They released a total of five studio albums and seventeen singles, six of which made the Billboard Top Ten, They sold close to forty million records, worldwide. Famous for songs like “California Dreamin’”, “Dedicated to the One I Love”, “Monday, Monday”, and “Words of Love”, the group was inducted into the Rock and Roll Hall of Fame in 1998. Bring your headband and your tie-dyed shirt and rock out to the sounds of the 60s!