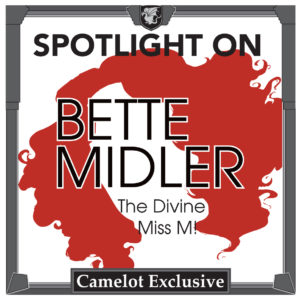 Bette Midler is an American singer, songwriter, actress, comedian, and film producer. She began her professional career in several Off- Off-Broadway plays, prior to catapulting her career in Fiddler on the Roof on Broadway in 1967. Midler has released 14 studio albums as a solo artist, made her motion picture debut in 1979 with The Rose, and has since starred in a number of hit films, television shows and comedy tours including a 2-year residency with Caesar’s Palace in Las Vegas.

Her career spans almost half a century, Midler has won three Grammy Awards, four Golden Globes, three Emmy Awards, and a Tony Award. She has sold over 30 million records worldwide. Midler’s latest work is in the title role in Hello, Dolly! on Broadway. Camelot’s tribute to Bette Midler will include songs such as “Hello Dolly,” “Wind Beneath My Wings,” “Do You Want To Dance,” “From a Distance,” “Boogie Woogie Bugle Boy” and many more.

Camelot Theatre has postponed  performances of Spotlight On Bette Midler due to health concerns related to the Covid-19/Coronavirus pandemic. Performance dates will be announced when rescheduled. 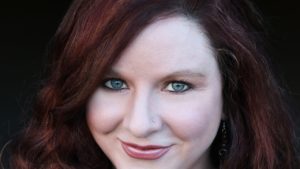 Kristen, a musical theatre graduate & classically trained vocalist, was previously seen on the Camelot stage in Spotlight on Janis Joplin & Tina Turner, Spotlight on Liza Minnelli, Oliver (as Nancy), and Spamalot (as Lady of the Lake). Other local credits include Beehive 60's Musical, Rocky Horror Show, She Loves Me, and Bat Boy at the Oregon Cabaret Theatre, Blues in the Night at Randall Theatre, and Lend Me a Tenor at Collaborative Theatre Project. She can be seen next in the Oregon Cabaret's production of Sweeney Todd, as the Beggar Woman.