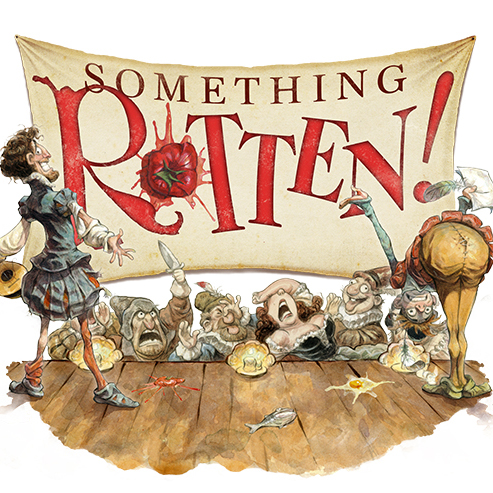 How was the musical theater form invented? Come and find out (sort of) in our wildly funny summer musical, "Something Rotten!"

Our summer blockbuster musical is set in the 1590s, brothers Nick and Nigel Bottom are desperate to write a hit play but are stuck in the shadow of that Renaissance rock star, William  Shakespeare. When a local soothsayer foretells that the future of theatre involves singing, dancing and acting at the same time, Nick and Nigel set out to write the world’s very first musical. But  amidst the scandalous excitement of opening night, the Bottom Brothers realize that reaching the top means being true to thine own self… and all that jazz.

“Something Rotten!” opened on Broadway on April 22, 2015, where it ran for 708 performances. It was nominated for ten Tony Awards, including Best Musical.

Gwen Overland, a member of Actors Equity Association, most recently directed Camelot, the Musical, Rosencrantz and Guildenstern are Dead, and musically directed Spotlights on Glen Campbell, The Mamas and Papas, and Janis Joplin and Tina Turner. Also at Camelot, Gwen has stage directed Calendar Girls, Sweeney Todd, Sunshine Boys, Master Class, Wait Until Dark, Enchanted April and Moon Over Buffalo. She has also directed and acted in numerous productions for the Oregon Cabaret Theatre, as well as the SOU theatre department. Gwen holds graduate degrees in music performance, acting, theatre arts, and clinical psychology. When not in the theatre, Gwen stays busy with her Expressive Voice Dynamics practice, and writing
romance novels and cozy mysteries. 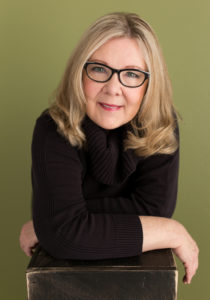