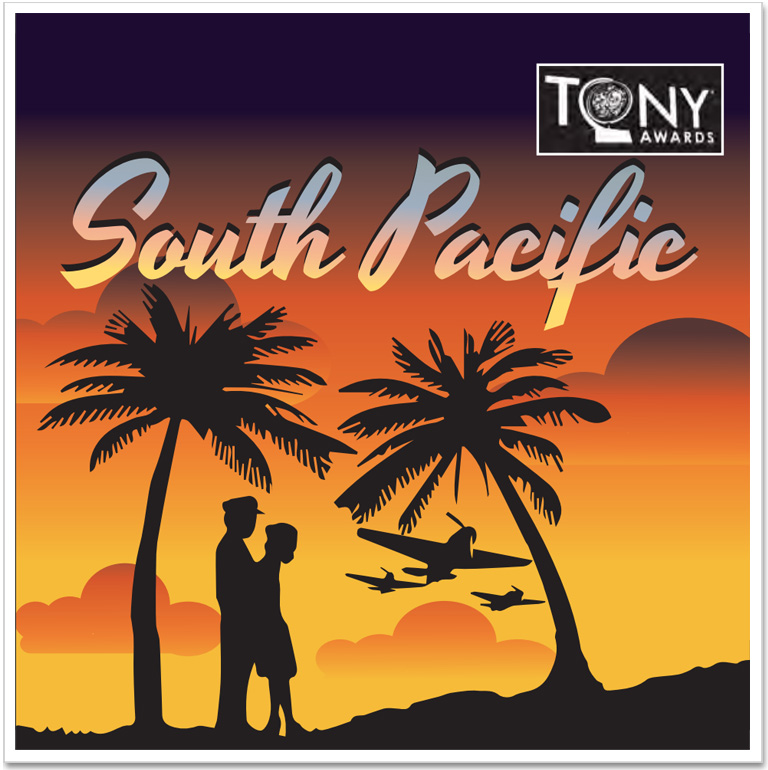 Adapted from the Pulitzer Prize winning novel; Tales of the South Pacific by James A. Michener

Winner of the Tony Award for Best Musical, Best Libretto and Best Score! Set in an island paradise during World War II, two parallel love stories are threatened by the dangers of prejudice and war. Nellie, a spunky nurse from Arkansas, falls in love with a mature French planter, Emile. When she learns that the mother of his children was an island native, she is unable to turn her back on the prejudices with which she was raised and refuses Emile's proposal of marriage. Meanwhile, the courageous Lt. Joe Cable denies himself the fulfillment of a future with an innocent Tonkinese girl with whom he's fallen in love out of the same fears that haunt Nellie. When Emile is recruited to accompany Joe on a dangerous mission that may claim both their lives, Nellie must choose between her prejudices or unconditional love and acceptance. Musical numbers include I'm Gonna Wash That Man Right Outa' My Hair, There Ain't Nothing Like a Dame and Some Enchanted Evening.