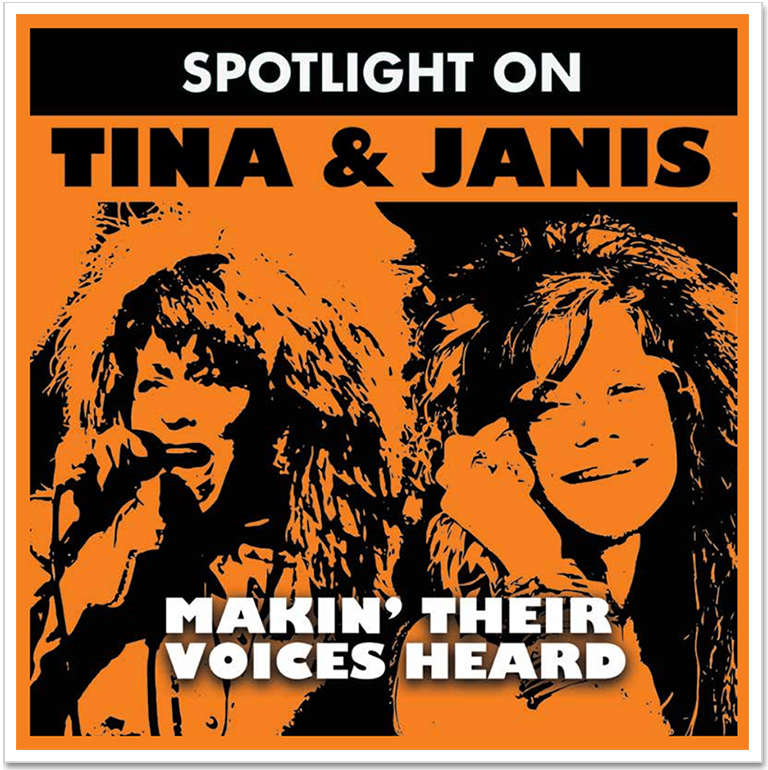 Tina Turner and Janis Joplin were not only adored and esteemed by millions of fans worldwide but were also great admirers of each other's music as these two forces of nature were at the top of the rock and roll industry. Joplin became one of the biggest rock stars of the 60s, known for her "electric" stage presence and powerful vocals, while Turner was crowned The Queen of Rock and Roll having sold over 180 million copies of her albums and singles combined, winning eleven Grammy Awards, and holding the world record for most concert tickets sold for a solo performer. Their music will bring down the house with hits such as Joplin's "Piece of My Heart", "Ball and Chain", "Me and Bobby McGee", and "Maybe" and Turner's "What's Love Got to Do With It?", "Proud Mary", "River Deep Mountain High", and "A Fool in Love."